Head of our Association

Mr Churchward became the chief instructor of Torbay Taekwon-Do when he started his first school in October 2000.  He currently teaches within Torbay in Devon, where he offers classes from the age of 4 upwards for all levels and abilities.

Mr Churchward is consistently passing on his Tournament knowledge to many people. Some of whom have already followed in his footsteps and gone on to succeed at national level and international level including several World Champions.

Mr Churchward is a BTC registered instructor, fully insured & CRB checked, & holds the rank of ITF International Instructor & ITF International class A Umpire. He was also awarded sports coach of the year in 2006. 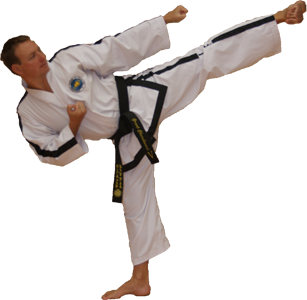