ITF Taekwon-do is first and foremost an unarmed self-defence martial art. It also has the privilege of being one of the few real ‘Martial Arts’ – the term Martial meaning ‘of the military’. The founder, (who was a General in the Armed Forces of Korea), developed Taekwondo through the military academies in Korea.

ITF Taekwon-Do is a modern form of self defence originating from Korea, founded by Major General Choi, Hong Hi (1918-2002). He developed Taekwon-Do by researching other martial arts and by using modern scientific principles to design techniques that have maximum power and effectiveness.

ITF  Taekwon-Do has grown in popularity since its inception and is now taught in nearly every country around the world. It is most famous for its spectacular and dynamic kicking techniques, but kicks make up only a small fraction of the total number of Taekwon-Do techniques.

There is emphasis placed upon developing various parts of the body to provide powerful defensive tools under attack and equally powerful offensive weapons to counter attack. Along with the physical training there is the introduction of courtesy and the discipline required in an institute of learning.

We are privileged to train directly under the founder of Taekwondo’s son, Grand Master Choi Jung Hwa. He teaches instructors regularly all around the world, and students at special seminars.

Taekwon-Do was introduced to the UK in 1967 by Master Rhee Ki Ha, who set up the first school in Coventry.

If you’re interested in taking up Taekwon-Do, then why not see our Venues page and just come along and try a month with us for free. If you would like to know more then please Contact Us. 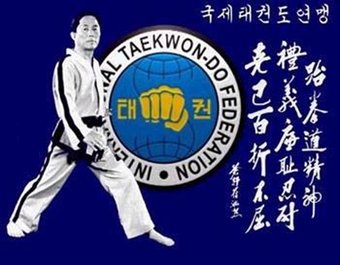 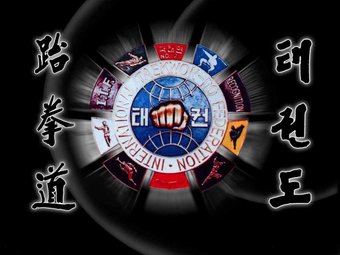