Mr Gibbs started his first school in May 2008 in the primary school that he works in. A few months later in October of 2008 the 2nd school club was opened. A few more clubs have opened since then allowing students of older ages to get involved.  Mr Gibbs currently teaches within Torbay and Teignbridge in Devon, where he offers classes from the age of 4 upwards for all levels and abilities.

Kings TKD was started in    May 2016 to give adults and those over the age of primary school children their own identity.

For the years from 2009 until 2013 Mr Gibbs was fortunate enough to represent his country and later Team GB at World and European championships,  gaining World Champion, Silver & Bronze medal positions.

"I have had many achievements to date. Seeing students progress from white belts to black belts is fantastic, as is seeing a young student achieve what they thought they couldn’t.

The excitement on a students face when winning their first medal at a competition probably equals the feeling of becoming world champion my self.

When someone learns a new block or technique and then goes on to take a successful grading is just as important to me as competing. I have made and hope to make many more great friends with people from all around the world. I get a buzz from learning moves that I struggle with and at the same time still enjoy drilling things I learned over 20 years ago.

I started TKD to learn a better form of self defence than boxing. Over the years my reason for training has changed between fitness & strength, rehabilitation exercises and self defence. TKD allows me to leave stress at the door of the training hall. I hope to be able to continue my training and teaching for many more years to come.

Taekwon-Do has helped me in many other areas of my life, it is because of this fact that I was eager to let my daughter give it a try. Miss Gibbs started at 6 and went on to also represent her country gaining many more medals than myself" 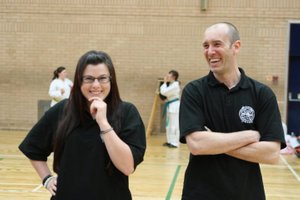 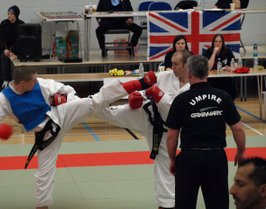 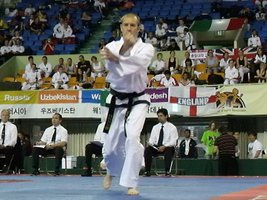 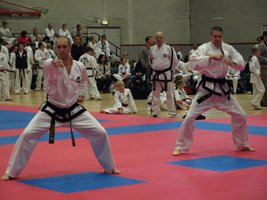 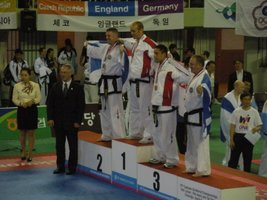 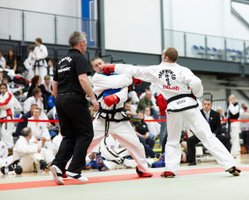 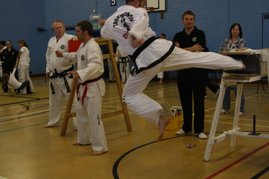 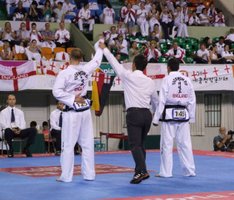 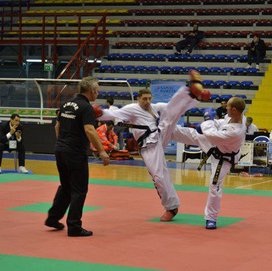 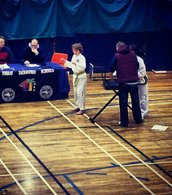 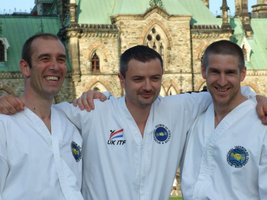