Mr Buxton has been our grading examiner for over 10 years. We use an external examiner to help keep our standards high.

Mr Vaughan Buxton has been training in the art of TKD for nearly 25 years, in this time he has competed at the highest level. Mr Buxton has been member of the United Kingdom TKD team and competed in the World Championships in South Korea 2004 where he won 5 medals and was crowned World Champion in the Middleweight sparring division. Mr Buxton also likes to attend regular seminars of other martial arts to continue his knowledge in Martial Arts. Mr Buxton has also completed regular instructor, child protection and first aid courses and is fully insured. 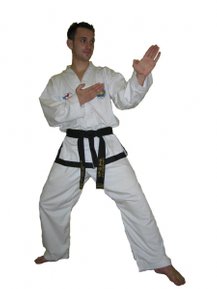 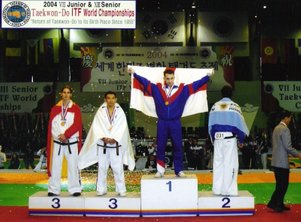